More and more often, reverse phone lookup services are being used in court cases as a way to easily proof the innocence or guilt of one party or another. Commonly used in harassment cases, stalking cases, and divorce court as a way to show provable communication records and now they are used in street traffic accident cases too. 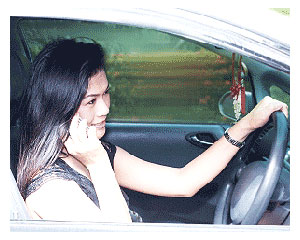 With cell phone use being illegal while driving in some states, this can carry a heavy penalty if a driver was using the phone during an accident. Due to the rise in car accidents from cell phone use, phone records are now almost always used in court cases. According to a 2005 National Safety Council study, about 28 percent of motor vehicle accidents occur when a driver is talking or texting on a cell phone.

Divorce cases can be bitter legal battles, especially if infidelity is involved, so any and all proof that a spouse can gather typically should be gathered. If a spouse finds phone or text records between their spouse and another individual, and traces the number back to the person who is suspected to be sleeping with them, it can provide more credible proof to the judge and jury that infidelity may be afoot. More credible proof means that the wronged spouse will be able to seek higher damages, and that they will be more likely to win their case.

Criminal court cases in most states consider phone number look-ups to be viable proof. Harassment and threatening language is considered to be a crime in most of the 50 states in the US, and no one should have to feel like they need to put up with it. In many cases, people know (or have an idea of) who it could be, but they often do not have solid proof on the matter. Still, it's normal to want to take someone to court, report them to the police, or take similar measures against the individual who is harassing you via phone. Taking someone to court is sometimes a necessary step in ensuring personal safety, but if you don't have proof that a specific person is calling you, a court case can be virtually impossible to win.

Believe it or not, having correct phone number owner name and address can turn nearly impossible court cases into very easy court ones for those who want to prosecute their harassers. In fact, it's a common practice for private investigators to suggest using reverse look up to clients who want to figure out who is stalking them, as well as clients who want to win a divorce case due to a suspected cheating partner. In both stalking and infidelity court cases, phone records that are paired with the results from a reputable online phone search service can be substantial and even verdict-changing court evidence.

For those who are heading to court, be it for harassment or for divorce, there are very few ways to get proof that you were wronged by a party as easily and as inexpensively as using an online service as a proof. Before you go to court, make an effort to get the proof you need to protect yourself and win the case, just go online and look up those phone numbers to find out who is behind the phone calls.
More articles...