How a perilous firearm fanatic was put behind bars

Once upon a time, it was virtually impossible to trace a phone call. This means that harassing calls, or even death threats, would not be able to be traced by law enforcement officials. Nowadays, phone calls are easily traceable, and every year, many arrests are made thanks to call tracing technology. The easiest way to trace a call is using a reverse phonebook online, such as Reverd.com. This article will talk about one such case, where the lives of many people were saved thanks to a reverse phone lookup. 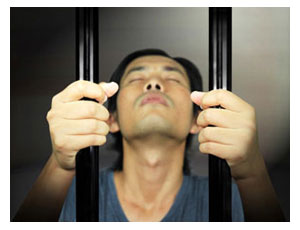 As a state senator, Leland Yee knew that he would have to make decisions that not everyone agreed with. To a point, it's even understandable to hear people shouting out insults if they see you and do not agree with your politics. Senator Yee also knew that. What he did not know was that his position against the use of guns would cause him to deal with a firearm fanatic who made it clear that he wanted Yee to die.

Senator Yee of California was known for being a very vocal gun control activist, hoping to curb the chances of innocents dying due to illegal firearm use. In early 2013, he put forward legislation that would tighten gun laws in his home state, much to the anger of NRA members and gun enthusiasts everywhere. Once again, people getting upset about new laws is understandable. However, one gun fanatic took it to a level that was beyond what is acceptable in polite society.

Everett Bisham of Santa Clara was a gun fanatic who was more than just vocal about his pro-gun stance. The fact is that Everett threatened Senator Yee, and the threat was traced back to Bisham's home. When authorities visited Bisham's home, they found ammunition, explosives, and many illegal firearms. Without good tracing technology, Bisham might have been successful in ending a peaceful senator's life.

Examples like this can be found almost everywhere. Every day, someone needs to trace a call, an e-mail, or a message back to someone in order to ensure that they will stay safe. Imagine how many people would walk free after harassing innocent people, after threatening to kill someone, or after calling an obscene amount of times if there weren't reverse phone look-ups available.

Before you discount the utility of knowing a good reverse phone look up service, remember the story of Senator Yee. If it wasn't for tracing technology, many people who should be behind bars would walk free. A reverse phone lookup service facilitates your safety, and it's quite possibly something that can help you win a case in court. After all, Bisham's threats had put him behind bars and tracing technology was used to do it.
More articles...